An assault in January has the Defense Ministry considering new priorities. Drones are a growing presence on the battlefield and recognizing that trend, the Russian Defense Ministry has ordered that all branches of its military begin training in anti-drone combat. Russian newspaper Izvestia reports that the first test of these new tactics came in October during training exercises on the Black Sea. Ground forces will also begin training to repel drones. The shift in training comes from the Russian military’s experience in Syria. In January 2018, over a dozen drones armed with explosives attacked a number of Russian targets in the region. Ten drones attacked an air base and three of them went after a naval base. The attack was successfully repelled—Russian forces were able to shoot down seven of the drones with anti-aircraft missiles and were able to commandeer six more towards a safe landing. In a Facebook post documenting some of the captured drones, the Defense Ministry noted that the attack was likely launched from “a distance of about 100 kilometers.” Continue> https://www.popularmechanics.com/military/weapons/a25175424/russian-anti-drone-tactics/ #drone#drones #uav #uas #DroneExpert #Tech #Security #TerrorThreat #DroneDefence #Military #Russia

This post was originally published by Drone Accelerator (Defence and Security) on November 19, 2018 9:14 am. Please visit the original post to read the complete article. 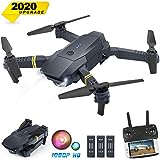